Torun is one of the most popular Polish cities. Every year, the former Copernicus Castle is visited by over 2 million people. It is worth finding out what they see in Torun.

Today, the city is one of the most important tourist and academic centers in the country. In 1997, the Old and New Town complex and the ruins of the Teutonic castle were added to the UNESCO list. Torun also became the seat of the League of Polish Cities and Places of UNESCO.

Most of the medieval buildings that UNESCO representatives drew attention to are the location of two local cities (Old and New), joined in 1454 into one organism.

The central point of the old town is the Old Town Square, whose center is the building of the medieval town hall (seat of the District Museum). It is worth paying attention to three interesting monuments: Filus (dedicated to Zbigniew Lengren and his comics), Nicolaus Copernicus (from 1853) and Rafter (refers to the legend of raftsman who freed the city from the plague of frogs). The neo-Renaissance Artus Court, the Holy Spirit Church and the Baroque Tenement House Under the Star are also located at the market square. 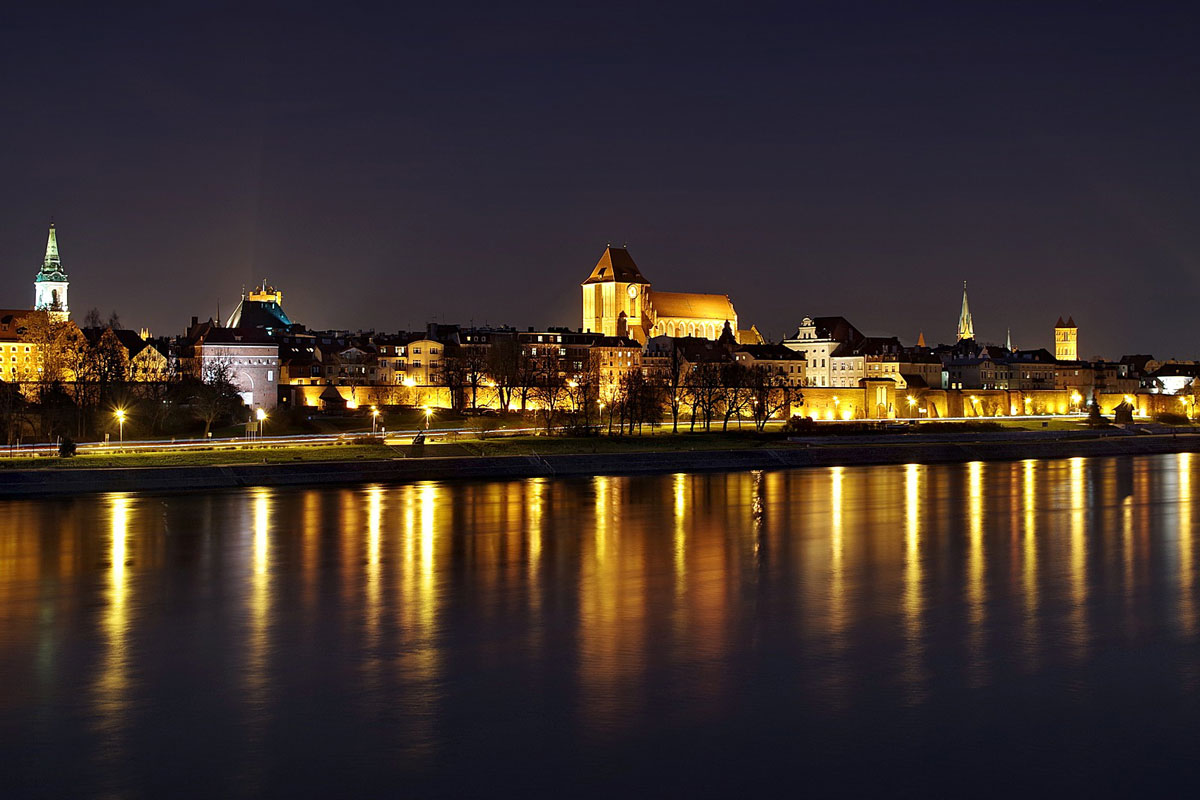 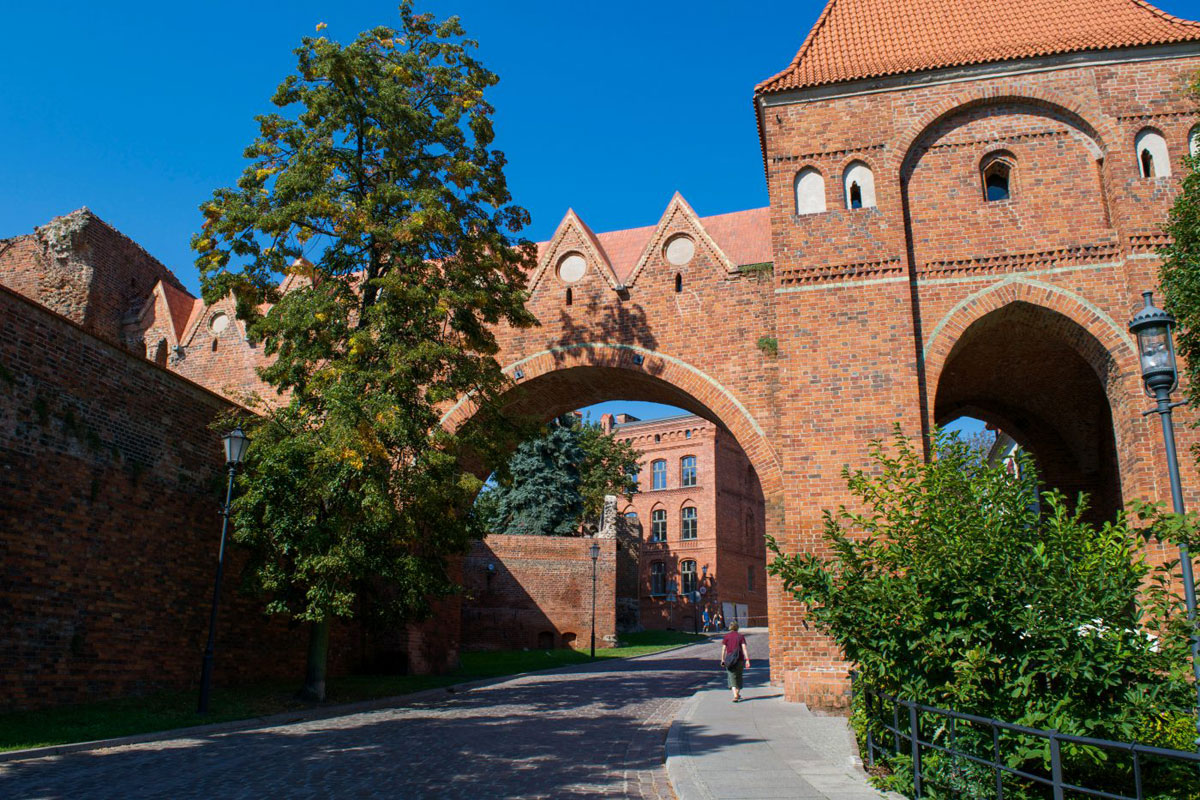 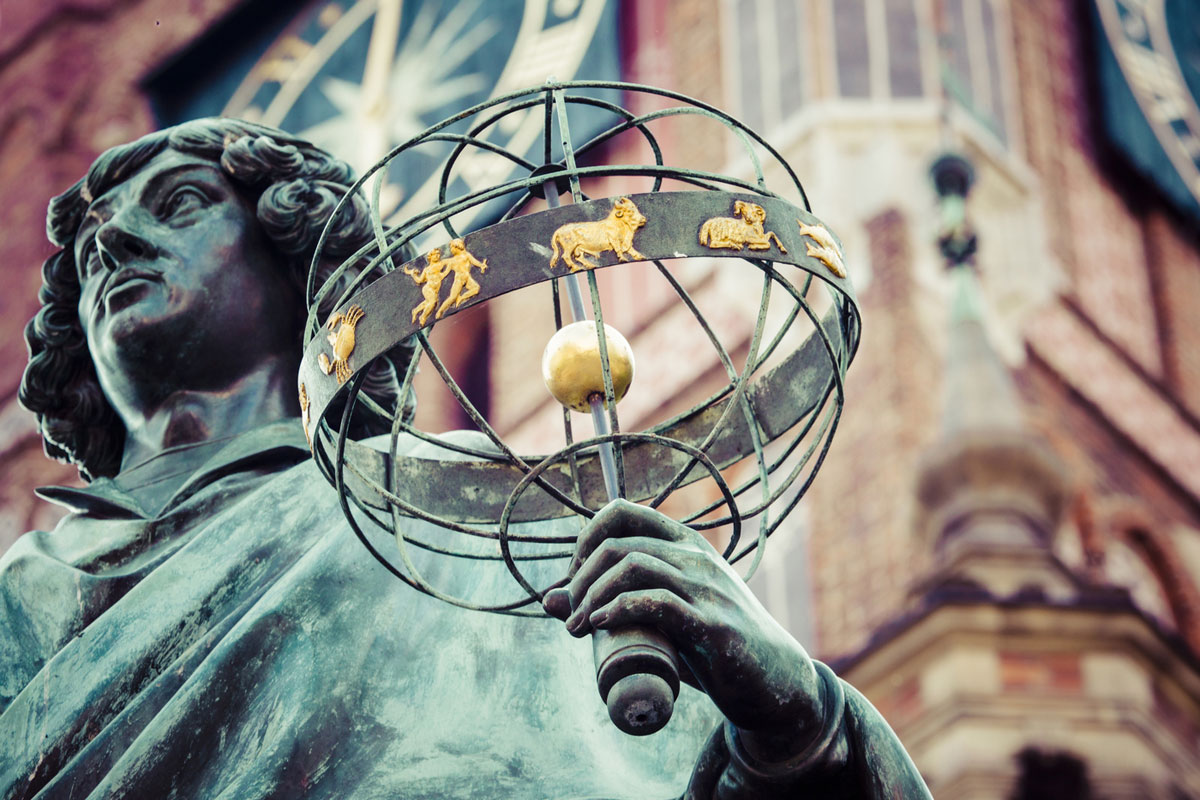 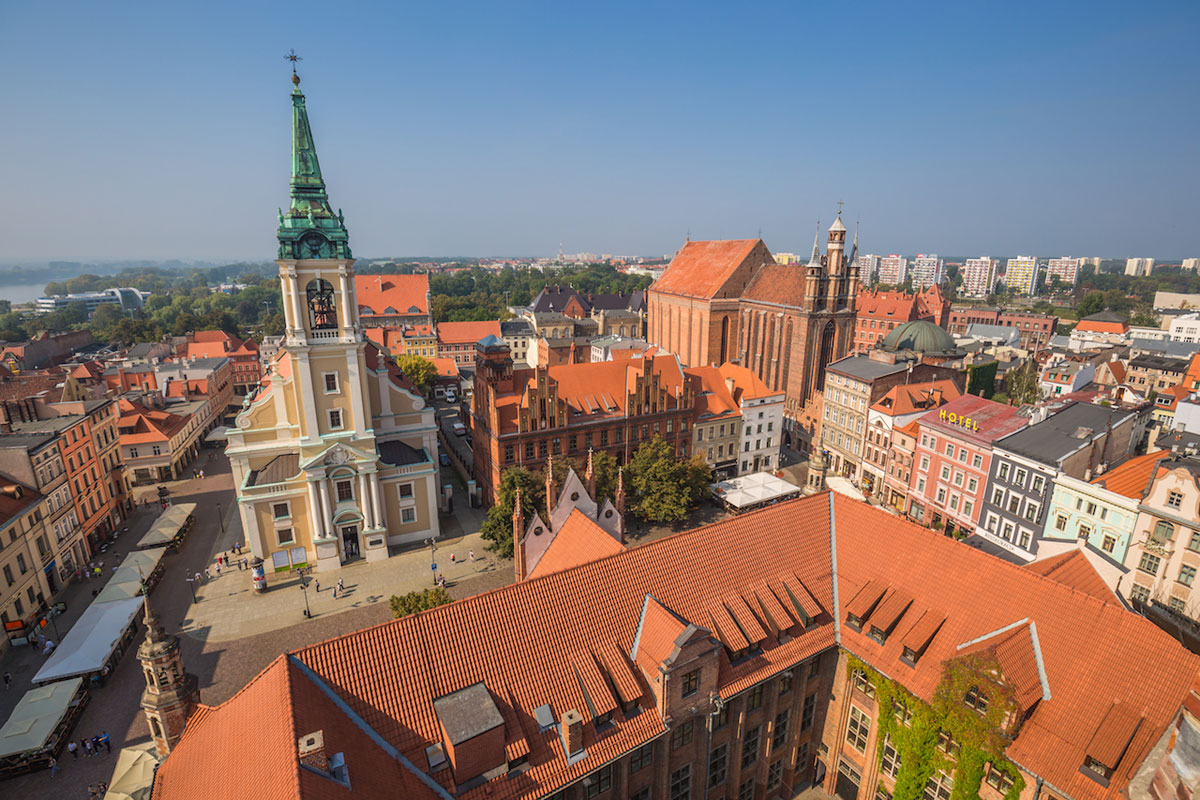 In this area, you can visit the Gothic temples: the Church of the Assumption of the Blessed Virgin Mary, the Cathedral of saints Janow and the Church of St. James the Apostle. Part of the city walls and fortifications also come from the Middle Ages. These include Cat’s Head Tower, Monstrance Tower, Bridge Gate or the most famous Leaning Tower (whose deviation from the vertical is already more than 5 degrees).

Torun gingerbread is the most popular association with Torun. The demand for cakes has resulted in some interesting initiatives targeted at tourists. It is worth visiting the narrative Live Gingerbread Museum where individual guests and organized groups can see how baking gingerbread looked like in the Middle Ages and in the 19th century.

The second most popular association with the city is the figure of the famous astronomer. On Mikolaja Kopernika 15/17 street there is Copernicus’ House (probable birthplace of the scholar) today housing a branch of the District Museum.